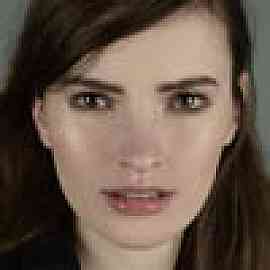 This book tells the story of a 14 year old nameless young woman in 17th century Persia (now Iran), who after her father's death, is forced to seek support from her uncle. Her mother and she, then travel to the city of Isfahan to shelter at Gostaham's house. As destitute relatives they are the lowest of the low, and treated as such by his wife, Gordiyeh, and family members. Gostaham, a master carpet weaver himself, is kinder, and impressed by the heroine's artistic talent is persuaded to teach her carpet weaving, despite the fact that women are not taught the skill. However one day, the heroine, young and impetuous, damages an expensive carpet, and incurs her uncle's wrath. Her conniving aunt then forces her into a sigheh, a 3 month renewable marriage contract, renewable at the pleasure of the man. As dishonorable as the sigheh is, she is forced to take it, knowing full well that at the end of the 3 month term, she might be poor, desperate and considered "tainted goods"- a very dismal situation for an unattached young woman in a strongly patriarchal society. The future looks bleak indeed . . . Ms. Amirrezvani has a way with words. This book is very descriptive; it sketches out not only the characters, but also describes the craft of carpet making in great detail. Interestingly told, and carrying it with it the tumult of well placed "hooks" (lots of ups and downs), "Blood of flowers" is also engaging because it is a well-developed story, with adequate emphasis to the setting, history and culture which shape the story. The author's gentle prose describes each person's particular situations and quandaries, leaving it to the reader to make up his/her mind about the good and the evil in the characters. This is a story told from the female point of view, so it does describe a woman's life, whether it be the miserable existence of the heroine and her mother, living at the mercy of their fickle benefactors, or the relatively privileged life of Gordiyeh who has a wealthy husband. Each one of the women has very little will and volition of her own; they are swayed by society's norms and customs, and must be led by constructs that place a high value on a woman's perceived honor (and dishonor). In that context, what I really liked about the book, is that it creates a heroine with spine and character. Born into a society where women must be attached to a man to demand any respect or acknowledgement, the fatherless heroine is not cowed into submission, but is always looking to gain her independence. You might say that it is the circumstance that decide our actions; one does what one must to survive. While that is true, this story is engaging because it shows the mental and philosophical growth of the heroine, from a young and un-thoughtful girl, to a mature and shrewd woman able to pick her very own path from limited choices. This book seemed to finish rather quickly, since I read it in one sitting. A lovely read, this is highly recommended. Full review here.