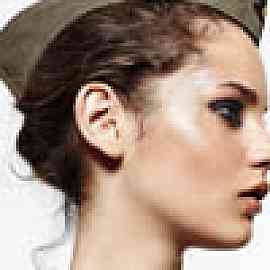 You know what? I didn't like this book at all, although I did like the movies. There were so many diary entries about her weight that it sort of drove me crazy. All she did was complain. I thought it was whiny. Now a little housekeeping before we go too far. Beautiful Death is the second DCI Jack Hawksworth book, published under the author's real name of Fiona McIntosh. The first, Bye Bye Baby, was published under the pseudonym Lauren Crow. Fiona is a well known Fantasy writer in Australia, and these two books are her first foray into crime fiction. DCI Jack Hawksworth has a good working relationship with his team - they are a close group who have worked together on dreadful cases before. The team, and his superiors are more than used to Jack getting the personal and the professional deeply entwined, as happens again in BEAUTIFUL DEATH. There's a strange serial killer in London. He seems to be selecting a wide range of victims, with no obvious connections between them. The strangest thing of all is the way that the victims have had organs removed, and their faces trophied. Human organ trading seems the only possible conclusion as the removal appears to have been done with considerable skill, but the face mutilation is still very strange - particularly as two of his victims are newly arrived illegal immigrants. Why would you want to obscure their identities? Public and political pressure increases with every new victim, but the personal intrudes even more dramatically for Jack when he sees something about one of the victim's that shocks him to his core. There are a lot of elements that are similar in both Hawksworth books - romantic tension, unrequited love, Jack's personal life being hopelessly (and dangerously) entangled in the current investigation and another one of those open ended "see our next instalment" type endings. The crimes themselves are somewhat unique, although this is a serial killer with a substantially different motive to most - ultimately, it's a slightly mad person with an obsession. I'm sorry to say it's not hard to pick the perpetrator, despite a pretty carefully laid out trail of alternatives and red herrings, and the motive is flagged pretty early on. Combine that with the level of personal involvement yet again of Jack and I was really disappointed in this book, which just seemed more of the same old same old from the first book. Definitely the level of knowledge of the author of the central subject matter - cranio-facial surgery shone through, and there were small sprinklings of that throughout the book that proved quite interesting. Unfortunately there was just too much personal angst, personal involvement, loves lost and love lies bleeding for this reader. Perhaps this book will appeal more to people who like that level of romance and personal angst in their crime fiction, perhaps it might work really well for anybody who hasn't read the first book and isn't seeing the same themes emerge. Notwithstanding, if there's a third book, I'd give it a try as the first one appealed, if not simply because it was good storytelling.