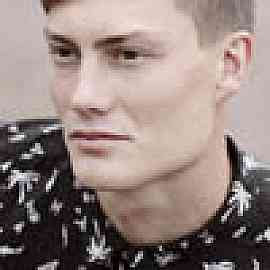 2/17/16: Removing a reference to an author/adding one that's more relevant + cleaning up this garbage. It's unfair to take an accusatory tone with someone who can't defend herself because she's too busy being dead. It's especially unfair when you've read her book 4+ times. Updating now. (Excuse all the mixing of tenses that follow--reworking this review for 4th time since 2007). ** This memoir provides a glimpse into of the life of a woman who survived two of the greatest tragedies of the 20th century: the Holocaust and Communism. The first time I read this book, I loved it beyond words. Yet something always tugged at me a little, something I couldn't articulate until I read it a few more times. Revised 2/17/16 For me, the memoir would have worked better if Kovaly had given a fuller picture of her life during the early days of Communist Czechoslovakia. If she'd described any of the positive aspects of living under Communism, the 20-something reader/critic/cynic in me would have been silenced. My takeaway eventually became this: nothing could ever justify what happened to Kovaly at the hands of the Nazis and the Communists. But in a book by someone who consistently applauds truth, Kovaly is silent about one very important truth: not everyone in postwar Czechoslovakia joined the Communist party, and many of them paid dearly for it. But Kovaly did join the party. She was part of and benefited from an undemocratic system of government until it turned against her. Kovaly focuses more on the turning-against-her aspect, and the younger me wasn't having it. At the time, I wanted a fuller explanation from the author, perhaps an admission of the level of comfort in which she lived as the wife of a prominent party member. Seems almost rational when I pull the anger out of it, doesn't it? However. Reading my review in 2016 was shocking, because I saw what I was really doing. The events that took place in the memoir are historical fact--they were never up for debate in my mind. But instead of accepting Kovaly's retelling of those events, I fixated on missing details that I felt could have strengthened her story. I took the absence of such details to be an indication of something more sinister. All these years later, those suspicions seem a lot like faulting the author for not being perfect enough. Why would she need to further explain herself to anyone? The woman wasn't a war criminal (she and her family were the victims of war criminals), and I question the value of scrutinizing her memoir as if it were written by one. So, read this memoir. It's touching. It's frighteningly detached, but at times will surprise you with flashes of emotion. Enjoy Kovaly's lovely metaphors and creative language. Learn something about the history of Europe while you're at it. And if you need more truth than what Kovaly has to offer, as I once did, you've got some things to work with. There's an excellent paper that addresses some of the aspects I also struggled with when I read the memoir -- it's written by a professor in New Mexico, and if I remember correctly, you have to email her to get a copy of it. Or, you can read the memoir of Ivan Margoluis. He's Heda Kovlay's son, and he provides his own account of what he and his family endured. I would only caution more curious readers not to lose sight of the bigger picture. Researching the details doesn't change the core facts of Kovaly's story. Nor does it change the fundamental reality of her memoir: Kovaly suffered, yet she went on to create something of beauty. I wish we all could do that. It would be a different world if we did. Every dog lover should read this book...the love and frustration we feel for our babies is illustrated spot on....even if it has become insanely commercialized.