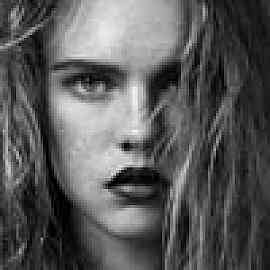 I can't wait to read Lady Night. I think it was good. I can't believe Lady Alanna gave Kel all of her stuff. Kel made a mistake choosing Cleon. Hmmmm...what to say about this one? First, the things that annoyed me about this book/series so far. They're too long. I don't mind long books: I'm a fast reader and I read quite often, so I don't mind investing the time in a longer story. But I do get annoyed when stories are unnecessarily long, and I feel that both Game of Thrones and now A Clash of Kings could have been a good hundred or so pages shorter. Martin tends to go overboard with description - I understand that he wants to bring his world to life for me, but do I really need to read about every detail of the armor of some minor lord's squire? I think not. And on that note - TOO many characters. There are a lot of minor characters and it seems like every time a minor character is introduced, there has to be a long paragraph about that minor character's family legacy or whatever. Maybe he's setting up characters for later books, but since I end up skimming those parts, I'm not going to remember it anyway. Also, too many ridiculously detailed dream sequences. Martin isn't as clever or witty as he thinks he is. And those passages about men wooing women by talking about their own penises always make me laugh - you can tell that a man wrote the book, because seriously bro, if a woman acts like she's interested whilst you're going on about your own penis, she's humoring you (that goes for you too, ex-Congressman Weiner). So I can't take those parts seriously and they seem foolish and juvenile to me. On a somewhat related note, why is it that fantasy worlds always seem to go by the gender roles of the Middle Ages in Europe? I suppose it has to do with that knights and maidens sort of idea, but still, I find it tiresome. I think if we can have dragons and direwolves and corpses that return to life we can have women inheriting titles and a little less rape. Also interesting to me is that rape in this series seems to be only inflicted on women - why is that? Men can be raped too. What, Martin can subject women to that kind of treatment but not males? That whole bit makes me wary. A more specific complaint about ACoK is that Cersei felt a little inconsistent from the first book. She seemed powerful in the first book, unhinged, yes, but also sharp and cunning and ambitious. In the second book she seemed to become kind of hysterical and willing to sit around a castle idly talking about the burden of womanhood while wars raged in the kingdom. Shame. She was more interesting in GoT, even if I did hate her. Also, Daenerys' story felt very irrelevant and peripheral. I'm sure her story will intertwine more with the rest of the characters later, but right now she just feels like a footnote to everything else. Now on to the positive stuff. The books may be long and tedious at times, but the stories do hold my attention. Arya is always interesting and I'm always rooting for her, and even Sansa gets a clue for once in this second book. The stuff beyond the Wall was pretty fascinating, and Jon Snow is as sweet as ever. Tyrion's stuff with the prostitute is kind of boring and useless, but I did enjoy getting to see him come into his own and start taking the lead. I like Tyrion, I just wish he wasn't a Lannister. Stannis and his crazy religion are pretty terrifying. All in all, a decent read. I'll definitely read the next book, although not right away. And my apologies for the length of this review; like Martin, I can be a bit on the long-winded side. Just like The Maze Runner, this book is very, very special. I loved it from beginning to end. It was very gripping and I never wanted to put my Kobo down. It was that good. I can't wait until The Death Cure gets released so we can finally (maybe?) have a clue of what is going on. I won't get into details not to spoil anyone or to reveal details but... nothing truly is as it seems. That's what I love about these books.