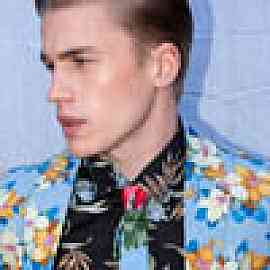 Peter Capstick was a big game hunter in Africa during the 70's, and probably longer, but the stories in this memoir cover mostly the 70s. This book feels like a collection of campfire stories, each tall tale as exciting as the last. One tends to believe most of the tales that Capstick tells, but only because he sounds straightforward, honest, and pragmatic. Even so, one could easily get the idea that Capstick was among the best hunters ever (as told by Capstick). How seriously you take the stories is up the reader, I suppose. The book is divided up into sections, each section about a different huntable or encounterable animal in the Africa wilderness. Capstick usually tells a few stories about hunting that animal, combined with a little natural history about that animal, while making sure to communicate, in detail, how that animal might relish killing you (in gory, but not terribly explicit, detail). He covers lions, elephants, hippos, leopards, and other smaller/miscellaneous animals. While interesting, the book does become a bit repetitive, yet it still manages to keep the reader interested by way of the suspenseful story telling. One thing I appreciated about this memoir was that Capstick gave careful thought to completely represent all of Africa's animals as well rounded creatures, and not just mindless killers or trophies. Capstick, while a hunter, is also often quick to point out the conservationist aspect to hunting. Safaris and big game hunting is not about the wanton slaughter of animals (that would be called poaching) but is rather a skilled hunt of respect towards the animal, and often the large fees and expensive licenses one is required to pay in order to hunt each individual animal does much to pay the wages of game wardens, upkeep of the animals, and to buy land for ecological preserves. A hunter wishes to hunt an animal, and for that to happen the animal must exist, so the irony that most animal activists fail to realize is that hunters actually do the most to preserve the magnificent African wildlife. I would say to pull up a log and enjoy a few tall tales and learn a few things about Africa's most famous animals as told my a man who knows the field quite well.