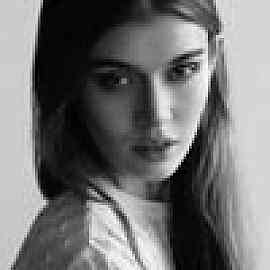 I really had no intention of finding this book when I went to the library, but, needless to say, I was pleasantly surprised. The title of the book really caught my eye and so did the cover because it looked so dismal, dark, and a bit creepy. The title of the book really does describe the whole book, unlike some books where the title has nothing to do with the book. I gave this book a 3/5 stars rating for various reasons. Though I enjoyed it fairly well, there were some good and bad aspects of the book. A couple of things that I liked about the book was the concept of dreams, fears, hallucinations, insanity, the human mind, and reality. The plot itself was pretty steady, though slow at some points. But I think Brian Keaney did that in order to allow the reader to really connect with the characters either on an emotional level or just connecting in general. I liked the fact that it was a book I didn't expect to like. The dialogues shared by the characters have great messages to them. The themes carried throughout the plot were consistent and constant. I would also consider the book a "dystopian" because it is a world in which government (created by Dr. Sigmundus) is the main factor in the people's lives. So much so that the people are bent to the government's will, and, henceforth, become "hollow". The main setting of the book is the asylum in this place called Tarnegar where these two characters, Dante and Bea, live. You are first introduced to Bea and Dante in the first two chapters. Their personalities as characters throughout the story really made me feel like they were real people and not some "mary jane" type of characters. Their relationship felt like a genuine friendship and I felt as if they truly and genuinely liked each other as people. It wasn't a "love at first sight" type of deal. (Which you see so much of in Young Adult books.) So it was a very refreshing feeling to read about characters who didn't change entirely just because they found someone they cared about. Their friendship is carried throughout the book very well and I found it easy to read whenever they were in a scene together. Their relationship is not over-powering. Now onto some things that I didn't enjoy. I didn't enjoy the fact that there were some characters you met and eventually grew on you, and then, they were never mentioned again in the plot whatsoever. That element in the book discouraged me and it didn't feel full circle for me. I only assume that they may be mentioned again in the next installment. There were elements in the book that were sort of "out there" for me, but I did think that they were fascinating and very intriguing; Being a person who loves the mind, dreams, reality, and asylums. The book has scenes of true courage, elements of "finding one’s self", and how powerful the mind can be and how it can be manipulated or controlled. Overall, I thought the book was a fairly good read. It did seem a bit "middle grade" for me at points but maybe I needed to read something like that. I wouldn't immediately recommend it because the book didn't exactly change my life. I mean, it was a very interesting read and I have never read anything like it before. It was a little impressionable, I liked a few elements in the book, but overall it was an "okay" type of read. I don't regret reading it but at the same time I could have lived if I didn't read it. I am unsure if I am going to continue on to the next installment. But overall, I enjoyed this book.