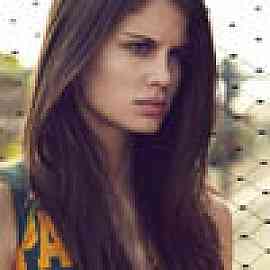 If you're looking for a hauntingly suspenseful read with the right amount of humor, a touch of romance and plenty of mystery than you need to go pick this book up! The thing that I loved the most about this book is the way it's written. What Maureen does with her story line, the way she introduces her characters, and her ability to hold my attention from the moment I opened her book made me fall in love with the YA paranormal genre all over again. Maureen Johnson's writing is brilliant! She flawlessly brings her story's setting to life by not only vividly describing London, but I loved the way she merged together both modern day London with it's historical history. This not only adds an engaging element to the already thrilling murder mystery, but it makes me want to drop everything I'm doing and catch the new flight out there. Not that I would need much convincing to do that, but that's beside the point. If I hadn't already fallen in love with the cover, I would have been sold on the synopsis. It's not hard to entice me with words like London, ghosts, romance, mystery, humor and Jack the Ripper. What's fascinating about this story is the way Maureen is able to paint the picture of how Jack the Ripper goes about terrorizing London all over again. Is he a wanna be Jack the Ripper or is he the ghost of Jack. Just who is Jack the Ripper really? As the plot thickens Maureen provides small glimpses of every angle from the historical references from back in the 1888 when these horrible crimes were first committed, to modern day news outlet, to the cops, the Ghosts, and the story's protagonist, Rory. I adored Rory! This southern girl finds herself not only in a new country learning new customs, but she finds herself at the heart of a terrorizing murder mystery. Boy does this girl hold her own, because if I had to deal with some of the things she does I would have ran away screaming, but instead Rory faces everything head on. The Name of the Star is a book that's rich in historical references, refreshing with it's detailed story telling, enjoyable because of the characters and brilliant, because well, it's written by Maureen. Being that this is my first Maureen Johnson boo, I now understand why so many YA readers love her. She has the talent for mixing suspense, humor, and a tiny bit of romance together perfectly. There's plenty of nail bitting suspense, laugh out loud moments, and hauntingly good scenes. I highly recommend picking this book up! There are some vivid descriptions from the 1888 crime scenes in London mentioned in the story.