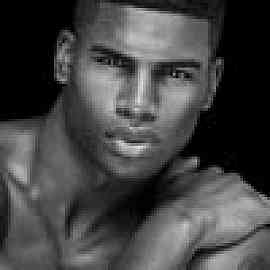 A rather comical and entertaining story about a 40ish year old woman who's losing it and dealing with loss. From back cover: "What's a fortyish woman to do if...Her free-spirited elderly mom's moving in, her previously do-gooder teenage daughter's sneaking out, her prize-winning stud bulldog can't get it on and her soon-to-be ex-husband can't get his mind off girls half his age? a) Have nervous breakdown b) Run away c) Eat massive quantities of ice cream d) See a counselor CiCi Dupree chooses c). She doesn't have time for a breakdown, can't afford to run away and she is a counselor. Until she fears her daughter-and even her widowed mother-are repeating her mistakes. CiCi realizes she has to do something, because after all, her family ties might be a bit frayed, but they still could bind nonetheless..." I just finished listening to this on my drive this morning and I was sad that it was over. I loved the way the author blended together the cast and the themes and cooking. It was a magical mix. Since I borrowed the book from the library, I'm seriously considering adding this to my library. It made me appreciate the times I share meal preparation with other people even more. I’m sorry Kate’s favorite book, but I must destroy you. Two stars. Yep, I am one of those people. Cynical. Have no heart. Have no good taste in books. Just want mindless action and independent sword-wielding women as main characters. Don’t like overpowered men. Nor women, for that matter. Don’t believe in love at first sight. Hate damsels in distress. Hate perfection. You get the point. Do you see why I didn’t like the book? Do you? Well, if you’ve read it you probably do. If you didn’t, then go ahead and read it. I dare you to read it. The Princess Bride started out as an entertaining read. Bill Goldman’s part in the story was a pleasant surprise, even though he didn’t seem like the kindest person out there, I found myself immersed in the story. When the so called “introduction” ended and the actual Princess Bride story began... well, my enthusiasm started to decrease. The more I read the more it decreased. “What were you expecting from a book called “The Princess Bride”?” my husband asked. Well, I thought it may be a parody of all those cheesy romance books that are way too popular than they deserve. Maybe I thought it was a new take on those romances, something that would make me say “Gee, this is one good romance novel. I sure feel silly for bashing the genre so much in my reviews.” I wanted more or less the same true-love-conquers-all story but with better characters. Yes, the characters are the ones who made me dislike the book. My main problem is Buttercup. Oh god how can I express the amount of hatred I feel for this girl? A gif? Would it be appropriate? Sure, why not? She was such a fucking idiot! I can’t believe it. I feel sad to know that the great super-ninja assassin Westley fell for her because she’s so hawt. Don’t worry, I hate Westley just as well, but the thought of everyone wanting to get Buttercup only because she’s incredibly beautiful makes me very angry. Yes, I know things were like that back then. Yes, I know this is not a new idea. Too many books have this “fairest of them all” crap. But that doesn’t change the fact that it makes me angry. Foam at the mouth. Rage. Want to tear things into pieces and then burn them. Yes, burn everything. Buttercup was what he thought of. Her autumn hair, her perfect skin, and he brought her very close beside him, and had her whisper in his ear throughout the burning: "I love you. I love you. I only left you in the Fire Swamp to test your love for me. Is it as great as mine for you? Can two such loves exist on one planet at one time? Is there that much room, beloved Westley? . . Barf. I can swallow this “fairest of them all” shit if the character has a purpose other than making beautiful, and hopefully male, babies. Well.. Buttercup didn’t. Surprised? No, you shouldn’t be. "Woman," Westley roared, "you are the property of the Dread Pirate Roberts and you . . . do . . . what . . . you're . . . told!" (Westley is the Dread Pirate Roberts so… yeah. There you go.) Westley… well my main problem with the dude is that he is overpowered. Sure, the ending made up for it, he did end up being a zombie and all that (ick, try kissing him now Buttercup) so he is not as perfect as one would think. Nice try, Goldman. Nice try. No. The dude is still too overpowered. He is a wannabe ninja who can master any art on his own and can train his mind into standing the most intense of pain. Take that sensei! No one can be better than the all-awesome Westley! NO ONE!! “Which pain will be least endurable? The physical, or the mental anguish of having freedom offered if the truth is told, then telling it and being thought a liar." "I think the physical," said the Prince. "I think you're wrong," said the Count. Actually, they were both wrong; Westley suffered not at all throughout. His screaming was totally a performance to please them; he had been practicing his defenses for a month now, and he was more than ready. Dude. Two words. Get real. I think the reason why I couldn’t enjoy this is the fact that I’m old and bitter. Ok, not as old as you would think, I’m merely 25 atm, but I think I would have enjoyed this more at an earlier age. The Princess Bride needs a decent amount of innocence in order to strike home. On the other hand, I wouldn’t let any children near it. It’s slightly too violent and full of fucked up people. But that’s just me.