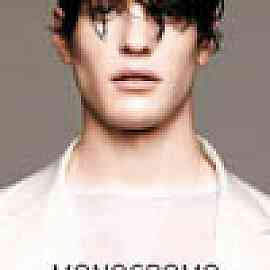 Okonkwo and his story are referred to in The Fishermen, which I am currently (April 2015) reading To sum it all up: I felt much better about showing my daughter videos after reading this book. (Thank you so much to Anna, my co-blogger at Nourished Mother, for recommending it to me!). Here's something from the author's website: "I'm a mother, journalist and researcher who is, shall we say, obsessed with how children learn and what environments help them reach their full potential. For many years, I have focused on uncovering what science has to tell us about media and the developing mind. Much of that research appears in my latest book, Into the Minds of Babes (2007), which looks at how very young children respond to, and are affected by, what they see on TV and in other electronic media. The book has been called "balanced and lucid," (The Wall Street Journal), "fascinating and terrific" (The New York Post), "a gift to parents" (Television Quarterly) and "brilliantly researched and engagingly written" (KidsHealth.org.) The book led to the creation of the Media Minds blog and newsletter, which provided quarterly updates from 2007-2009. " In the book she gathers up all of the currently available evidence on the effect of video and television viewing on young children. Some chapter titles include "Will Watching Videos Teach my Child Language?", "Will Watching Videos Teach My Child Morality?" and the like. The main things I took from this book are 1) despite decades of common wisdom saying TV viewers are like "zombies", new research shows that people, especially young children, are actually quite "engaged" when viewing appropriate content and 2) some kid's videos are better than others. Shows like Blue's Clues, Sesame Street, Dragon Tales, Barney, and Dora all have loads of research behind them and are designed for tiny growing brains. Whereas shows like Arthur and Winnie the Pooh are just stories that adults think children will like, but that studies show often just confuse them. Before reading this book we were showing Mycie the Scholastic video series from the library, where school age books have been made into video form. I realized that they were totally age-inappropriate for her, and employed techniques such as flashbacks that she couldn't understand. Though I was hesitant to show her videos that have such strong marketing behind them, I started renting Blue's Clues and Elmo for her. And she loves them, and I do too. As long as the kiddos are getting sunshine and exercise and plenty of free time for imaginative play every day, videos can be a blessing in the form of providing different educational experiences for children and some much needed breathing space for parents.