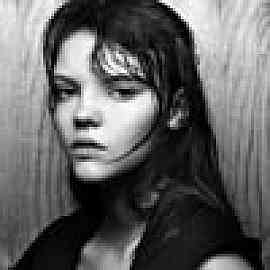 This review was originally published on Musing Bookworm Part of the ‘Wings in the Night’ series, Twilight Prophecy follows Lucy Lanfair, archaeologist and Professor of Ancient Sumerian culture and written language and her introduction to the World of Vampires. Her Hero is James William (J.W) Poe, part human and part vampire and totally confused about his purpose in life. James is a twin and with his sister, Bridget, believes that the two of them are the only thing that stands between their people and the annihilation of the Vampire species. According to an ancient prophecy, from Ancient Sumer, the twins; “The Two who are opposite And yet the same, One light, one dark, One the destroyer. One the salvation” 1. James, believed to be the “light” twin or “the good one” has the power to heal and to bring back to life. Bridget is “the bad one” or the “dark” and holds the power to utterly destroy. Lucy and James cross paths when Lucy witnesses the shooting of a former Department of Paranormal Investigations (DPI) officer on national television before he has the chance to reveal the vampires to the world in a tell all book. James comes to her aid when he senses the “Belladonna Antigen” in Lucy’s blood. In Maggie Shayne’s vampire world, only those humans who possess this antigen can ever be changed into vampires and all vampires have an overriding physical imperative to protect those with it. Through kidnapping, danger and experimentation, Lucy and James set off to conquer the mistrust of human kind and the danger that they awaken. I found the first third of this novel very hard to get into. The pace is lacking and I was not drawn into the story as much as I would have liked. Obviously, this part of a novel is used to set the scene and introduce a reader to the existing history but I did not find myself compelled to become acquainted with this world. However, after the hard slog of the first third, I could not drag myself away from this book. My husband had to become very strict with me at midnight and make me turn out the light! The protagonists lacked some depth and I would have liked to have more insight into their internal struggles with the moral issues that Shayne brings up in the book. I personally enjoy characters who have strong personalities, those like Rhiannon and Gilgamesh/Damien in this book, which may have coloured my opinions here. I have to say that certain imagery in the book was a little off-putting, though it was very was easy to see in the mind’s eye. “…and he squeezed the tiny bump like a blackhead. It popped like one, too,…”2 Can you say, ew!? Though the latest in the ‘Wings of the Night’ series, ‘Twilight Prophecy’ works well as a stand alone text – thought it will entice you to read its predecessors! I was a little disappointed with the ending – it felt rushed, as though Shayne had to edit out a scene or two. That being said, I am waiting in anticipation for the follow on novel, Twilight Fulfilled , out October 2011. In all, Twilight Prophecy by is an enjoyable read.