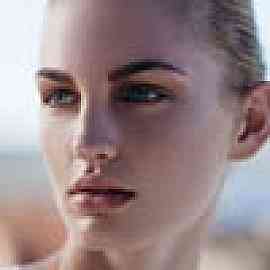 Although I could appreciate the writing of this series of stories (not a book of short stories, but seemingly unrelated events) about loss, I must admit that after the third one I almost didn't finish the book. It starts out with the abduction of a 3-year-old girl, then a knife-wielding maniac kills a young woman on her first day of work, then a wife kills her husband with an axe. So it's a little intense, even though I read crime novels and murder mysteries a lot. The characters are very realistic, and the dialogue well-written. I found the secrets to not be very mysterious, however, so there wasn't much that was climactic about the plot. On another note, I found this to be a very depressing read, and not because of the death or violence. This book is populated by lonely, wounded, desperate people, all mourning something or the other. As a social commentary, it seems pretty hopeless, and I didn't really feel that the hopelessness was resolved or lessened by the end of the book. Probably because I believe in God, and that He is good even when our circumstances aren't, I found it intriguing that the characters were mostly non-believers or outright atheists, yet led miserable, lonely lives with no really redeeming relationships. Even the investigator, although moral, is mourning the end of his marriage and the separation from his daughter. This is totally understandable, relateable and normal, but not one of these people really finds a long-term solution to their misery. Even those that do (the father of the murdered girl and the daughter of the axe-murdering wife) have a somewhat tenuous relationship. I know often "love doesn't last forever," etc., but it seems that these characters didn't really LEARN anything about themselves or relationships, so they are doomed to repeat the mistakes of the past. This book made it to the bedside table--good sign--but has been sitting there for awhile--not so good sign. The sociologist in me was initially very intrigued at understanding more about how we make snap judgments and the accuracy of them compared to detailed study. The book seems to drag on, however, with more examples in various areas without adding anything new to the initial premise. Lots of support for his thesis, I guess, but that's why it's still on my end table and I haven't finished reading it. It is probably too much to hope for a surprise ending... Finally finished Blink and had to take away one more star. I'm not even really motivated by the book to go into my explanation in depth. Essentially, the rest of the book carved out such large exceptions to the main theory that we're probably left with more exceptions than the rule. What I got out of it is that our snap judgments are better than detailed study UNLESS you're an expert in the field OR you're not paying attention to the right things. Which begs the question, am I going to pay attention to the right things if I'm NOT an expert? After all the endless examples of when "Blink" worked, I think Gladwell exhausted all instances of when the rule avoids the exceptions. I think Gladwell is looking for something that's out there, but I think he blinked and missed it.