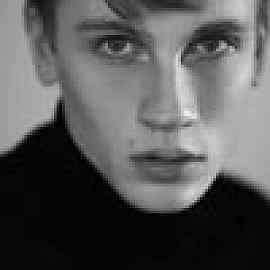 AMAZING. I bawled in the end. I, personally, loved this book. I thought the writing style was so meticulous and phenomenal, I could hardly believe it. The narrator. Who could be a better narrator of a story about the life of a little girl during the monstrous, horrifying things that happened during the Holocaust than Death himself? He provided a marvelous outlook on what happened in the life of dear Liesel Meminger... Liesel, a young girl removed from her incompetent mother to live with a couple willing to take in two children. The only problem is, Liesel's brother- the other child- died on the train on the way to the new family's house. Haunted by watching her little brother die, Liesel must face the life waiting for her on Himmel (German for heaven) St. Death follows Liesel's life and story as she grows up in the midst of the happenings of WWII. Her only solace in a world of terror is her new papa, Hans, and her new best friend, Rudy. Hans Hubermann seems like the greatest father in the world. Death describes him as Liesel sees him: always knowing the right things to say and do to make her feel better. He helps her through everything that is thrown her way, and I think she helps him as well. Then there's Rudy. Dear Rudy. Rudy, the young "lemon haired" boy who takes particular interest in Liesel from the start. Soon after meeting one another, Liesel and Rudy are best friends, and also partners in book thieving. Throughout the book, Rudy asks Liesel, "How about a kiss?" And every time, she refuses. Oh, how I cried in the end... But then there's Max. Max Vandenburg- a twenty year old Jew seeking asylum in the house of Hubermann. As Liesel slowly befriends this depleted man, she begins to realize the horrors that are happening in the world around her. I don't want to spoil the end, I'd just like you to read it for yourself. I'm afraid if I continue any more I'll end up just writing the whole book over again. I'd ever-so-highly recommend this book. To everyone. To anyone. To all those who want to read something. Actually, even to those who don't want to read, read this! It teaches you so much about the lives of those in the Holocaust. And not the usual depressing concentration camp stories. No, one, told from Death's perspective, about a girl living in Germany, under Hitler's rule, that sees things differently. I'm getting goosebumps, so you've gotta read it. I have only two questions: Who does Liesel marry? ( I ask this because, obviously, the book reveals no name, and *SPOILER* Rudy is not an option, and I was secretly hoping it was Max) What's with the cover? I don't get the dominoes...