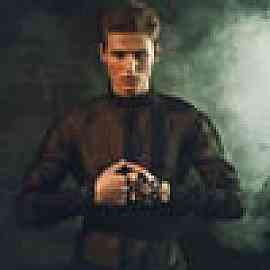 I hated the ending. [No spoilers herein, but a lot of literary geekery.] Rereading, as a sort of semester-is-over treat. I am so exceedingly fond of this book. I'm paying especial attention to the narrator this time around, though, and getting rather confused. I wanted to get a better idea of when the narrator is writing, and have concluded only that it's sometime after 1820 and before Lord Wellington died in 1852. (Yes, I looked that up.) It's long enough after the events take place for literary styles to have changed a bit--the article Jonathan Strange writes in the middle of the book uses things like all-caps for proper nouns, which the text proper doesn't do, although it does use spellings like "connexion" and "surprize." There's also a bit of a disjunct between the main text, which is written with a novelist's first-hand access to what people said and what their facial expressions looked like, etc., and the footnotes, which quote secondary sources. Besides which, 19th-c. novels of the sort this one is emulating didn't make use of footnotes, however scholarly and old-timey they may feel. I'm tempted to suppose that the whole thing is supposed to be a modern, annotated edition of a book published sometime in the 1820s, with the text normalized a bit--some kind of Penguin Classics edition from the alternate universe in which this is a true story. {Update: Never mind, this theory didn't hold water by the time I got through the book.} It's also possible that Clarke is taking her cue from Laurence Sterne, not Dickens or Wilkie Collins, and so has decided it doesn't matter very much if the narrative is wildly inconsistent. All that said, I am exceedingly fond of this book, and I fly through the pages so quickly it's hard to remember how dull and slow some other people find it, and it's almost embarrassing, rereading it, to notice just how much of an influence it's had on the stuff I've spent time thinking about in the six years since I first read it.