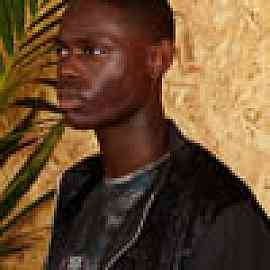 Though I think Pynchon wastes a lot of everyone’s time with some sloppy digressions that don’t lead anywhere, mostly, he has a point and sticks to it, and mostly, the main narrative of Slothrup’s dithering knight errantry, succeeds in being gripping. In the end I enjoyed GR, even though I’d estimate that there are 150 pages of filler in this book, made up of dated pop culture references, mildly amusing songs, dead end characters, and anecdotes that aren’t good enough to warrant deep analysis, however historically accurate. The whole lets describe sex a la Henry Miller thing, may have rattled cages and shaken up the man in ’71, but it feels self indulgent now. I understand we live in horrible, depraved world, where horrible depraved things happen, but Pynchon appears to get a masochistic thrill of rubbing our faces in it (Kajte ‘gift’ to Brigadeer Pudding and Slothrup and Bianca’s introduction/relationship spring to mind). What purpose do these depraved anecdotes serve? What I am interested in, and why I think most people would bother to read a book as meandering and Important as GR, is to divine the meaning, some irreducible Point, about the nature of the world. Towards the end it seems like P lets his guard down when he says, “human consciousness, that poor cripple, that deformed and doomed thing,”839 leads us blindly in a world where, “generation after generation of men in love with pain and passivity serve out their time in the Zone …desperately addicted to the comforts others sells them, however useless, ugly or shallow, willing to have life defined for them by men whose only talent is for death.” (872 in a crappy bantam paperback editions) it is difficult to see where exactly the hope lies, and some amount of hope, I would argue, is needed in all great works of art. I would summarize P’s perspective in GR as: People are deluded, nasty creatures whose morals and behaviors are easily conditioned and manipulated. And then you die. I understand that in GR, nothing is as it seems. Maybe that's the point...war causes disconnect. It turns us on our heads and makes us question meaning and purpose. I didn't start getting into the story until page 200, but for the last 150 pages, I wasn't able to put it down.