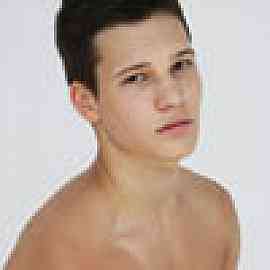 I was really disappointed by this book. It's so popular that I was expecting an exciting, insightful read. Instead it was ... boring. That's the only word I can use. For the readers of Vaughn R. Demont's work who wonder where the sexual content is, they're likely to find it here. "Tales of the City" is a small grouping of 2 short short stories (Drive-Through and Happy Birthday), a novelette (The Line of the Hunt), and a novella (Let the River Run), but for $0.99 there's plenty of story here and new characters brought into the City. "Drive-Through" is more of a tryst than a story, though it introduces a pair of characters, an incubus and a werecat and somehow Demont manages to work his trademark humor into a public sex scene, and make it work. While the main character, Chuck, features in a later story, the piece stands well enough on its own and can be read and enjoyed without reading Chuck's longer story first. "Happy Birthday", the second vignette, I suspect is for the fans of The Vampire Fred: Wicked Game as it takes place after the events of the novel and, much like "Drive Through", seems more a tryst than anything else. There's a bit of Fred's backstory and some more of the chemistry between Fred and Daniel that made the first half of The Vampire Fred so enjoyable, but it's over rather quickly, and seems to be there to whet the appetite for a longer work involving Fred. Still though, if you haven't read The Vampire Fred, you'll likely be a bit lost, but as it's one of the shorter pieces, it's nothing to discount the whole anthology for. Still, I believe the anthology could've done better with perhaps a Richard Stone short, or introducing another character. "The Line of the Hunt" is probably my favorite of the anthology, introducing Jasper, a were-cheetah, and his budding relationship with the were-panther Lou. The strongest element is the way the Jasper's struggle with "the cat" is shown, which helps to expand the setting further, showing how werewolves and werecats and the like work in Demont's City. The story is bolstered by the believable relationship between Lou and Jasper (not to mention rather passionate sex scenes), the two characters having good chemistry and back and forth, and it's refreshing to see Demont do more than pairing a couple smartasses as he's done in the past. While I don't necessarily want to see more of Jasper, I wouldn't mind seeing what Demont could do further with weres in his setting. The anthology finishes out with "Let the River Run", a decently paced story of Chuck, the incubus from earlier in the anthology, and his relationship with the human Will as well as his origins. The piece is told in a series of flashbacks regarding an apparent murder and Chuck's involvement and subsequent deposition, and Demont manages to play with the reader's expectations a bit in this story, for starters there being a distinct lack of sexual content in a story about a sexual tempter. It's still a solid piece, but there will be readers who might be disappointed that Chuck isn't drenching every page. Chuck himself is written well, another welcome addition to Demont's gallery of smartasses, with sensible quirks and the like. There are some inklings of Richelle Mead in here, who Demont lists as an influence, and it's rather apparent in Chuck's story. All in all, "Tales of the City" is an enjoyable diversion with plenty of steamy scenes for those who've been looking for them. It's not his best work (I'd probably recommend House of Stone for his most enjoyable thus far), but it's certainly a nice addition for any fan of gay urban fantasy or M/M.