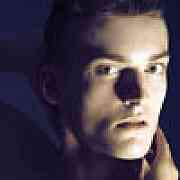 I've been about halfway through this book for a while now, partly because I haven't had the time to read, and partly because this fourth book in George R.R. Martin's "A Song of Ice and Fire" is very dull and slow. And when I say that, I mean in comparison to the previous three books in the series - compared to the vast amount of fantasy literature out there, "A Feast of Crows" is still an excellent read. But here's the problem: there are three main plots in this book, and none of them are particularly interesting. First, there's Jaime and Cersei, who are trying to consolidate Tommen's somewhat shaky claim to the throne after Joffrey's death in "A Storm of Swords." A second plot involves the Dornishmen who want to name Tommen's older sister Myrcella queen, which by Dornish law would make her ruler of the seven kingdoms instead of Tommen (Westeros is still a fairly patriarchal world). And finally there's the Greyjoys, who decide to conquer Westeros and make themselves the ruling family. None of these plots are interesting. I'm far more curious about Sam (who is sent by Jon to Oldtown to learn to become a maester), Arya (now living in Braavos), and Sansa (living under the name Alayne with Petyr in the Eyrie). Unfortunately, none of these characters are prominent in this book. And don't get me started on the fact that Jon, Tyrion, Bran, and Daenerys are completely absent (well, Jon makes a brief appearance in Sam's first chapter, but that doesn't really count). I can understand Martin's decision to leave Daenerys out - I felt in the previous book that her story was moving too fast. But I truly miss reading about the other three - particularly given that they're some of the most popular characters in the series. What was Martin thinking? Apparently he realized that the manuscript for this book was way too long, so he decided to cut half the characters and focus solely on the characters in and around King's Landing. Instead, he filled the book with boring storylines and uninteresting characters. Take Brienne, for example. I loved her in the previous two books, but the increased role that Martin gives her in this book as a POV character causes her to be dull and bland. I don't care about her search for Sansa, because I know exactly where Sansa is and what she's doing. Her storyline is complete filler; but she's just one of many characters in this book who don't need to be in it. All I can say is, I can't wait to start "A Dance with Dragons."