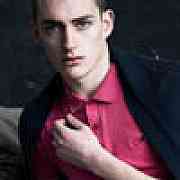 Given my overall cynicism and distrust with paranormal YA these days, I didn't have high expectations for this book, but all the same I went into it with some hopes that it would prove a different and worthwhile experience. Sadly, that wasn't the case for me. My main issue with this novel is ultimately the people who inhabit it. I didn't care for any of the characters, bar one supporting player who was still sadly stereotyped and underwritten. The two protagonists were incredibly aggrivating and unlikeable, although the same could be said of everybody, to be fair. However, when you have two leads knowingly behaving badly, and then being made to suffer rather unjustly for their actions, you'd want to care a little for their wellbeing, ideally. But no, I was happy for anything to happen to Em and Chase in the end, because their personalities were so very repelent. It could be fairly argued that the 'Furies' (nothing like their classical predecessors) of the novel were wasting their time punishing Em and Chase for their rather petty moral crimes (surely there are much bigger fish to fry, even in this very story!!) but all the same: these are two young people who I would never want to spend my time in the company of! Aside from their activities and their attempts to justify all of their wrong moves, both Em and Chase and almost all of their friends exude self-centered attitudes that are incredibly off-putting. Given that the supernatural beings of this novel are the bringers of violent 'justice', the narrative is suprisingly full of contradictory and mixed messages regarding choice, guilt and the action of forgiveness. Perhaps this was a conscious choice in the writing, especially as this is the first in a series, but I was just left feeling that it was a central concept that was never clarified. It was rather depressing to witness these events unfold, and to hear of past wrongs committed, and yet never know what the author's stance was on any of it. Pacing was also an issue for me while reading, given that so much of the real 'action' that is detailed on the blurb does not actually take place until well into 3/4 of the way through the book, and even then much of it unfolds in so swift a fashion that it feels incredibly detatched and anti-climatic. Again, this could simply be a symptom of the boom being the first in the series, but all the same it felt as though there was such a great deal of tension built up towards very little in the end. And even then, the 'mystery' of it all wore thin quite soon, given the protagonists' ongoing ignorance as to who they were up against, when of course we knew all along! Part of me is still a little curious to see where this series goes in the future, but if it means spending more time with these characters.... I'm not so sure I can handle it, I'm sorry to say!!!