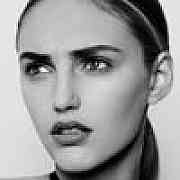 ** spoiler alert ** "Fantasy Lover" by Sherrilyn Kenyon is a het romance, set in New Orleans before the whole hurricane disaster. It's very het, no gay stuff there and there is a lot of het sex there too. Actually, since Julian is a sex slave, I think you can imagine how sex-driven this book actually is :) Okay, about the content: Julian of Macedon is a general in ancient Greece who leads his army against Rome. His father is a Spartan soldier, his mother is Aphrodite, the Goddess. After Julian's family is murdered, the God Priapus who is jealous of Julian curses Julian into a scroll. For two thousand years Julian serves as a sex slave for one month to every woman who says his name three times at midnight. Until the scroll becomes the property of Grace Alexander, a sex therapist in New Orleans. Grace falls in love with the gorgeous sex slave and decides to save Julian, no matter what. This book is really hot - if you like het sex. I don't mind sex in books but here, there could have been sligthly less of that. It was a bit distracting and dragged the plot on and on. I have to admit that I started to skip the hot-hot-hot scenes to get back to the plot quicker. There is good stuff there too, though. Aphrodite. Eros and Psyche - biker boy and biker girl. Grace's weirdo friend Selena who gave her the scroll... I loved the scenes with Julian and Eros, they were really amusing. But there are touching scenes there too, like when Julian tells Grace about how is wife murdered their children. Really sad that one. But why did I actually buy this one? Because it's a prequel to Kenyon's Dark-Hunter Series and if you don't read this one, you will miss some points in the first book in the series, "Night Pleasures" because Julian and Kyrian, the hero of "Night Pleasures" were best friends in ancient Greece. And let me tell you, no matter the het stuff, the Dark-Hunters Series is the "OHMYGOSH-stuff", really :D So, all in all, I would give it 3,5 stars. Good as a prequel but I don't think I would have bought it if it was just a stand-alone book.