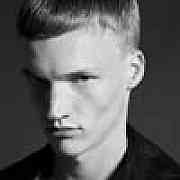 This is a short, quick, and fun little book that I never would have picked up if it weren't for a recommendation by Ms. Kinney, for which I thank her. Now, I'm not a big fan of poetry so when I first opened my Kindle edition of the book I was a little put off by the sight of poetry instead of the prose I was expecting. But thinking that I had already spent good money and that it wouldn't be fair to just dismiss it outright like that I decided to git it a go regardless. I'm glad I did as the book was very enjoyable to read. The poetry, style of storytelling, and structure of the book reminded me very keenly of old bed time stories. The episodic chapters especially reminded me of the Adventures of Peter Cottontail. As I'm not very familiar with poetry I don't feel comfortable leveling any criticism or compliment beyond the fact that it was easy to read to follow and that I enjoyed it. I would definitely recommend this book to younger readers and older readers that don't mind 'light-hearted-not-serious' reading. There are, however, some slight issues I had with the books characters themselves, though. First I'll commend them all for being very memorable, helped in large part by to their fun names. My firs issues is the imagining of the characters. The books shows illustrations and pictures of actual dogs, so that's what I was imagining. Yet there would often be scenes that would challenge this view, like the female elders going shopping or the dogs setting up tables and decorations, that would imply a more anthropomorphic set of characters. I believe a younger read wouldn't have this kind of difficulty though, so it's entirely an issue of personal nitpick and misleading illustrations. My second complaint concerns the female dogs of the pack in general. There is very clear gender role division in this book and parents that wish to subvert such trends might want to steer clear. That isn't to say the female dogs are weak. In two separate chapters they show themselves to be plenty capable of taking care of themselves, even against a bear. Yet the fact remains that they only shown acting and taking interest in very 'girl' things such as shopping, make-up, hair, nails, and decorating. But for my biggest issue, that hit right near the end of the book and soured the entire experience from me. This was the books implicit okay at questionable potentially dangerous/abusive relationships. In one chapter we are introduced to a stalker. This dog approaches the females being obsessed, annoying, and creepy as stalkers are wont to be. The female in question even expresses her distress at how repeated this event is. Yet once he sees and 'instantly falls in love' with another female he is happily welcomed into the pack with open arms (or paws if you will). I understand that the lesson is forgiveness and acceptance yet it is impossible to get over the fact that the book just 'okayed' the classic MO of a stalker and possibly dangerous partner. The fact that this books is obviously targeted at younger audiences is also very disturbing. This is not the kind of relationship partner that I want my kids to think is normal or acceptable. Overall I give the book a 4 out of 5. It's generally a very fun and simple read and I honestly was enjoying it up until that very last chapter with the stalker. Despite the other criticisms I've brought up it is that chapter alone that stops this book from getting a full five stars from me.