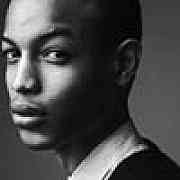 "The Tortilla Curtain" by T.C. Boyle is not without its flaws, but even a decade or more after publication, it has only grown in its relevance regarding the deep-seated problems of illegal immigration, particularly the Mexican-southwestern U.S. nexus. Boyle tells the story of two couples, one rich, white and privileged, the other homeless, Mexican and struggling, and how their lives intersect. Delaney and Kyra live in a polished, gated community north of Los Angeles, where she works as a real estate agent and he is a house-husband, ministering to his step-son and wife and writing a local environmental column. Delaney appears to be a classic, Eastern liberal -- although circumstances end up tearing off his veneer to reveal the darker attitudes that lurk just below the surface. Candido is Delaney's homeless, immigrant counterpart, a Mexican with a pregnant young wife, neither of whom can catch a break. In alternating chapters, their stories are told. The plot hurtles forward on Boyle's expert prose and the depiction of one vivid incident after another. While Boyle does skewer the privileged white folks without much mercy, there is enough dimension and complexity here for this reader to say that the author isn't merely bashing for the sake of bashing. The problem isn't easy, the anti-immigrant reactions aren't without justification, and no pat solutions are presented. What is presented is this horrendous confluence between haves and have-nots, and an environment in which the cultural, economic and language divide is deep and disturbing and far too open to tragic misunderstandings. This is not a problem that is going away; if anything, it has become more acute since Boyle wrote his book. I think where he succeeds the most is in getting us inside the heads of two desperate Mexican immigrants who are, at heart, honorable people. He helps us understand why they were driven to leave their homeland, gives us empathy for their plight -- while at the same time, managing to genuinely irritate us about their bad judgments. One is left, I think, with the sense that we -- as a nation of immigrants -- need to pay far closer attention to where we are going, and to develop public policies and resources toward genuine solutions. Terrible burdens are being paid every day for lack of this -- on both sides of the equation.