"The War of the Worlds" wasn't the only masterpiece that H.G. Wells wrote with the words "The War" in the title. "The War in the Air," which came out 10 years later, in 1908, is surely a lesser-known title by this great author, but most certainly, in my humble opinion, a masterpiece nonetheless. In this prophetic book, Wells not only predicts World War I--which wouldn't start for another six years--but also prophesies how the advent of navigable balloons and heavier-than-air flying craft would make that war inevitable. Mind you, this book was written in 1907, only four years after the Wright Brothers' historic flights at Kitty Hawk, and two years BEFORE their airplane design was sold to the U.S. Army for military purposes. In "The War in the Air," Wells also foresees air battles, as well as engagements between naval and aerial armadas. His gift of peering into the future is at times uncanny. We see this worldwide war through the eyes of Bert Smallways, a not terribly bright Cockney Everyman who is accidentally whisked away in a balloon and lands in Germany right on the eve of that country's departure for war. Bert is brought on board one of the German airships, and so personally witnesses a titanic battle in the North Atlantic; the Battle of New York (in which the length of Broadway is destroyed and many buildings near downtown City Hall Park are levelled, looooong before 9/11); and the huge fight between the German and Asiatic forces over Niagara Falls. And these are just the start of Smallways' adventures. Wells throws quite a bit into this wonderful tale, and the detail, pace and characterizations are all marvelous. But this isn't just an entertaining piece of futuristic fiction; it's a highly moral one as well. The author, in several beautifully written passages, tells us of the terrible waste of war, and the horrors that it always entails. In this aspect, it would seem to be a more important work of fiction than even "The War of the Worlds." While that earlier work might be more seminal, this latter tale certainly raises more pressing issues. And those issues are just as worrisome today as they were nearly a century ago. In his preface to the 1941 edition of this book, Wells wrote: "I told you so. You damned fools..." As well he might! And it would seem that we STILL haven't learned the lessons that Wells tried to teach us so many years ago. Perhaps, at this point, I should mention that readers of this novel will be faced with many geographical, historical and vocabulary/slang terms that they may not be familiar with. If those readers are like me, they will take the time to research all those obscure terms; it will make for a richer reading experience, as always. I said before that this novel is a masterpiece, and yet, at the same time, it is not perfect. Wells does make some small booboos in prediction, for example. Zeppelins were not more important than airplanes in war; civilization did not collapse after World War I. He tells us that the distance from Union Square to City Hall Park is under a mile, whereas any New Yorker could tell you that it's more like two. Wells mentions that the Biddle Stairs (which were built in 1827, led from Goat Island to the base of Niagara Falls, and were demolished in 1927) were made of wood, while in fact they were made of metal and encased in a wooden shaft. But these are quibbles, and in no way detract from the quality of the work. Indeed, this is a novel that should be mandatory reading for all politicians, not to mention all thinking adults. 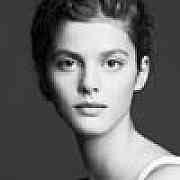 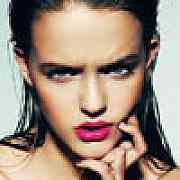